CCCJ established the Red Feather Community Impact Fund in 2016 to tackle and solve nationwide social issues. Through this new fund, CCCJ is looking to expand its scope to help solve problems such as relative poverty—an issue that all local Community Chests are seeing in their districts. According to OECD data in 2015, Japan’s child poverty rate is 13.9%. Japan’s rate of child poverty is higher than the average of 13.2% among other member nations of OECD. The overall poverty rate is 15.6%, ranking 29th of 36 OECD member nations. By taking a more holistic approach, CCCJ can continue to confront this and other nationwide challenges, such as combating social exclusion and isolation, helping the poor, assisting the disabled, and providing support to victims of abuse.

*Relative poverty is the ratio of people whose income falls below the poverty line; taken as half the median household income of the total population.

*Child poverty is calculated by dividing a household’s disposable income by the number of family members.

Overview of The Community Impact Fund

Grant duration: From one to three years

Grant amount: 10 million Yen is the maximum grant amount for one year per project.

Selection: Public Offering. Selection is made at “Selection Committee” comprised of outside experts. The examination standards are “grasping needs, development ability, identity/pioneering, effect of collaboration, and appropriateness of implementer.” 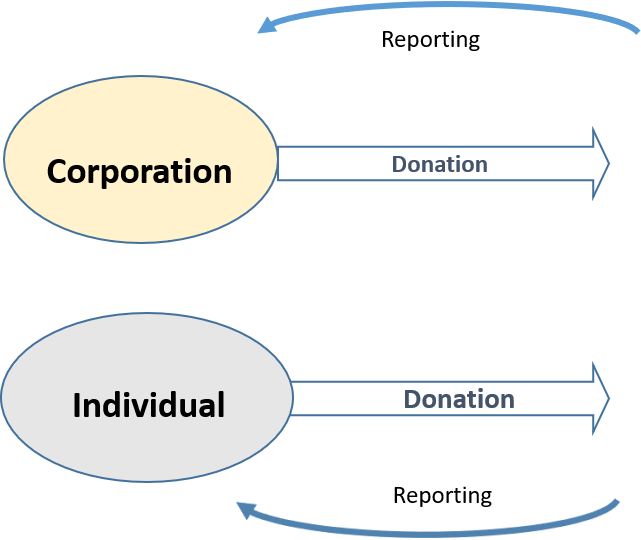 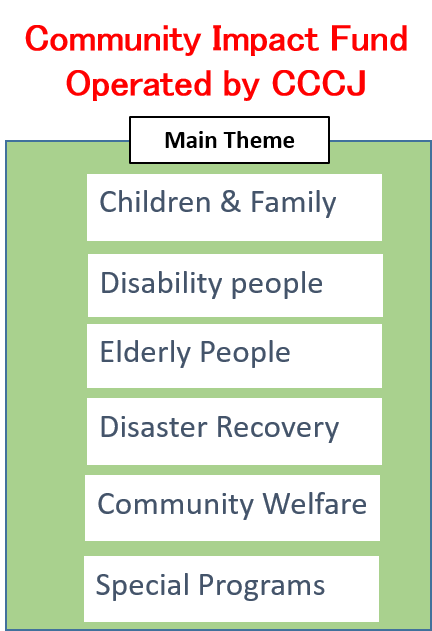 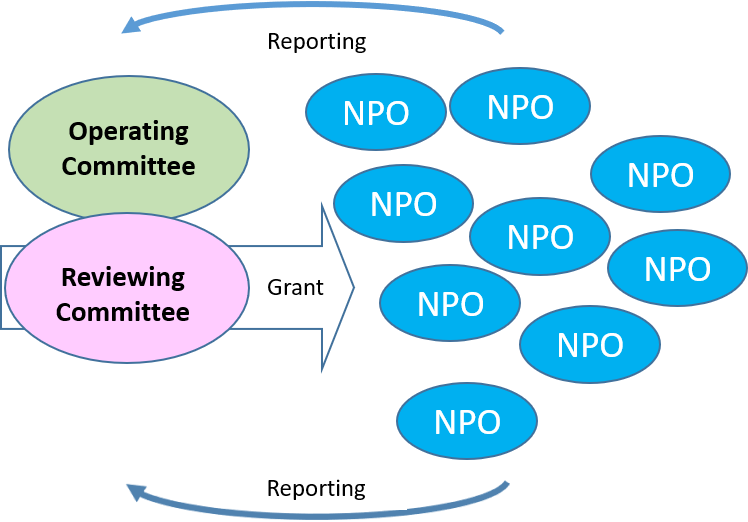 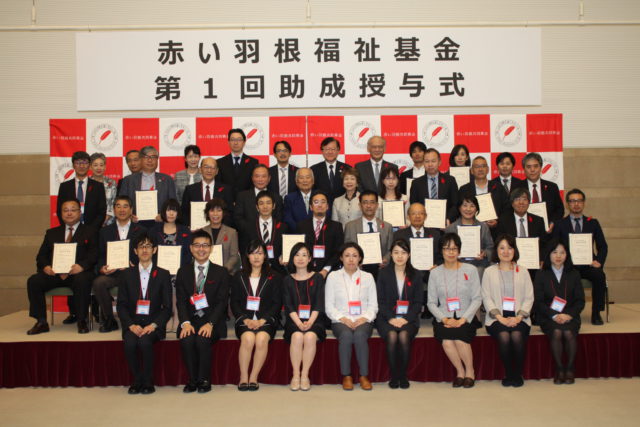 There are about 300 “Children’s Restaurant” nationwide, but each works individually.

We are promoting networking with a wide range of relevant organizations so that the efforts of the children’s restaurant can be established and continued in the community, so that the idea can be disseminated and management skills can be improved.

In 2016, 35,000 copies of activity guidebooks for expanding understanding of Children Restaurant were prepared and distributed, and nationwide tours were held in 17 prefectures, with a total of 4,350 participants. 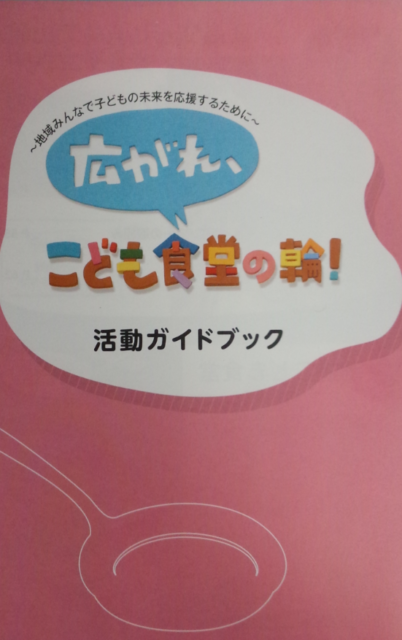 “Creating a mechanism to utilize the ‘vacant house’ in the area as a welfare activity base project.”

As a solution to the dilution of regional connections and problems of living difficulty, whereabouts and housing support for needy people is requested.

In this project, we will establish a mechanism to match the vacancy house information of the area with the welfare utilization needs. The purpose of these activities is to strengthen regional links and to enhance the welfare capacity of the entire region.

In the first year, we constructed a website to enable experts to deal with necessary information on a one-stop basis for issues such as architecture, taxation and legal affairs. In addition, we selected the Miwa-dai school district in Fukuoka city as a model district, and provided vacancy information for solicited users. 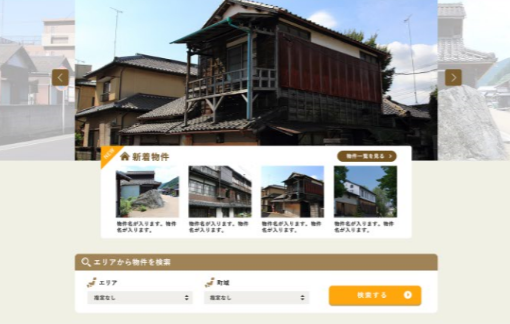