In 1947, after World War II had ended, Community Chest of Japan (CCJ) launched the nation’s very first private social welfare campaign with the support and leadership of the General Headquarters. 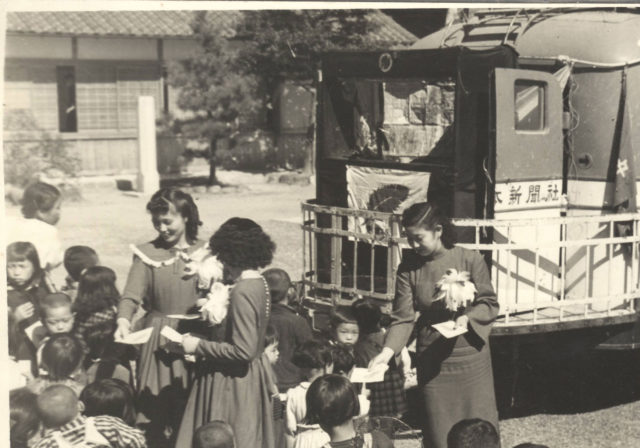 As part of the reconstruction efforts, the campaign initially focused on providing financial support for welfare facilities, aiding war-affected communities and repatriates from various countries. The campaign raised ¥590 million, equivalent to approximately ¥150 billion in present-day terms.

Throughout this period, the CCJ helped form the very foundations of Japan’s social welfare sector in a variety of ways. This included supporting the building of care homes for orphans, the development of nursing homes for senior citizens, and increasing the number of vocational aid centers for the disabled.

The key to success lay in working directly with local people and forming strategies in line with their needs. Over the past 69 years, donations to the Red Feather have totaled ¥949.3 billion. This money has enabled the organization to increase its capacity and scope while touching an ever-growing number of lives and communities. 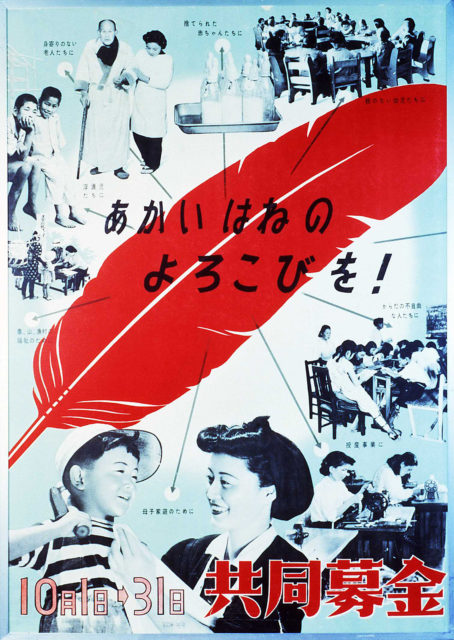 The Central Community Chest of Japan (CCCJ) acts as a national coordinating body for local Community Chests. The national office of the CCCJ is located in the capital city of Tokyo. Local affiliate offices are managed by individual and autonomous boards of directors. The CCCJ consists of 47 prefectural Community Chests that serve as district offices in large cities, and branch offices in smaller municipalities within each prefecture act as implementing bodies for the movement. An office in each municipality also provides on-the-ground intelligence about the financial needs of the NGOs that are tackling community problems and providing needs-based grants. Almost 2 million community residents are involved in this process as volunteers. 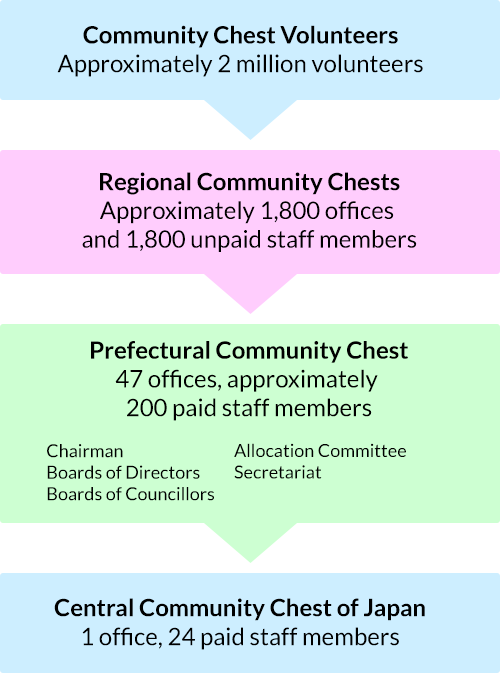 Community Chest as your Partner

Japanese tax benefits for income tax, residential tax, and corporate tax are applicable to donations made to the CCCJ, in accordance with Japanese taxation law. Also, the CCCJ is a tax-exempt organization with regard to inheritance tax in relation to legacy giving. 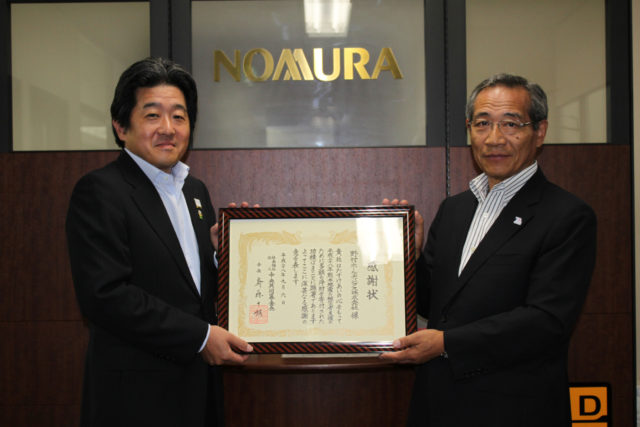 Special awards are given to donors in recognition of their contributions, according to CCCJ guidelines.

It is worth noting that the CCCJ is one of the few organizations that can nominate candidates for the coveted Japanese Medal of Honor to the Ministry of Health, Labour and Welfare.

We have been validated by CAF International 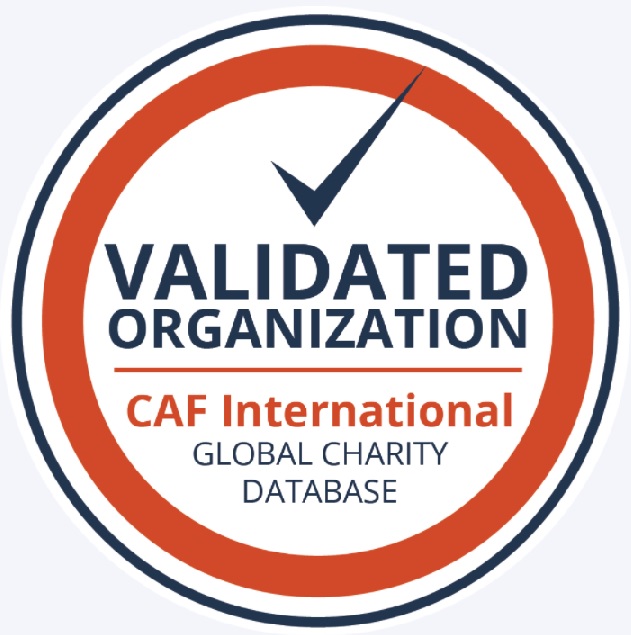 Central Community Chest of Japan has been validated by CAF International. The CAF International validating process includes a review of an organization’s key operational elements such as their governance structure, registration status, annual financial statements, online and media presence, and their board members and senior staff. This validating process ensures that all funds sent to the organization will be used charitably. 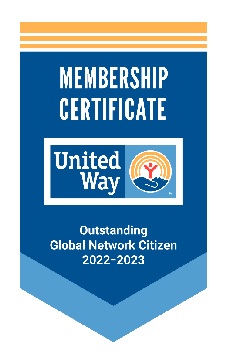 CCCJ has successfully completed the United Way Worldwide (UWW) 2021-22 membership requirement filings and is accredited as a member in good standing for the year June 2022- June 2023.